The Top 7 Information Security Threats & How to Mitigate Them

5 Differences Between Symmetric vs Asymmetric Encryption

What Is Encryption and How Does It Work?

What does Comodo CA Rebranding as Mean for Customers?

On the 1st of November 2018, Comodo CA announced that it will be rebranded as (pronounced Sec-TEE-go) moving forward.

A few customers have asked questions regarding the state of existing Comodo (or ) certificates, their validity, and how the rebranding will affect them. In this article, we’ll give you a complete overview of Comodo CA’s rebranding as , the reasons behind this move, and how (or if) it affects existing customers.

Why Comodo CA is Rebranding as

On October 31, 2017, Comodo CA was acquired by Francisco Partners, a
private equity firm that invests in technology-centered businesses. However, Francisco Partners only acquired the certificate authority part of Comodo so there is still Comodo Cybersecurity that sells security products like cWatch and antivirus software.

If Comodo CA had not been rebranded as , there would have been two separate entities called Comodo co-existing within the same industry. This could potentially lead to a number of confusions and issues down the line. Comodo’s rebranding as is a strategic move to avoid any potential confusion with brand names.

The second reason for the rebranding, as outlined by Bill Holtz, the CEO of , is that is expanding beyond SSL certificates into IoT, broader website security, and beyond.

How Will the Rebranding Affect Active SSL/TLS Certificates?

Want to learn more about the story? Check out this video for a message directly from the CEO:

Adam has 16 years of experience in ecommerce and digital technology. He writes on digital strategy and cybersecurity for industry publications including InfoSec Insights, Ryte Magazine, Search Engine Journal, and Moz. 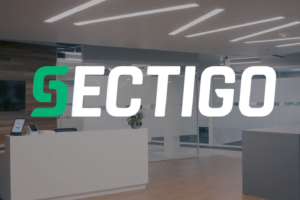