The Top 7 Information Security Threats & How to Mitigate Them

5 Differences Between Symmetric vs Asymmetric Encryption

What Is Encryption and How Does It Work?

At one point or another, virtually everyone has had that stomach-churning fear that they’ve been hacked. And, hopefully, it’s nothing more than a passing anxious thought. But considering the lurking information security threats that are waiting for us to slip up and make a mistake, it’s a mighty miracle if you’ve managed to avoid being touched by even just one cyber-attack or data breach.

Information security breaches are costly in many ways. Apart from the obvious financial and legal implications of security breaches, there’s also the reputational damage to consider, as it weakens the trust customers have in your brand.

While many different security threats plague us on a daily basis, we’ll discuss seven of the most common in no particular order and see what they are and how to mitigate them. Without any further delay, let’s get started!

How to Identify and Protect Your Organization Against Information Security Threats

Information security threats exist both outside and inside your organization. And considering that damages of cybercrime are estimated to cost businesses $6 trillion annually by 2021, this serves to underscore why it’s crucial to harden your defenses against all avenues of attack.

Here are seven ways you can make yourself a more challenging target for cybercriminals:

1. Build Your Defenses Against Malware Attacks

Malware is any piece of software or code that’s designed to perform malicious operations on a system or a network. This type of security threat can be classified into various categories based upon the distinctive characteristics or attributes of each type.

Different types of malware include:

There isn’t a single best solution that can be implemented to prevent malware-based attacks although anti-malware solutions do a decent enough job. Here’s a list of some other pointers that might come in handy:

2. Safeguard Against Eavesdroppers Listening in via MITM Attacks

A man-in-the-middle (MITM) attack is one of those information security threats that occurs when a malicious agent intercepts the communication between two parties (such as two computers, or a computer and a network appliance) to eavesdrop or tamper with the data. The attacker spoofs their address to make it appear as though it is the intended recipient.

By making use of packet forwarding and tools like Ettercap, the attacker can discretely sniff network packets without disrupting the traffic flow between the two ends. Consider the following example:

There are several ways to prevent these attacks. The list below highlights a few methods that you can employ to keep such information security threats at bay.

3. Protect Yourself From Being an Unsuspecting Victim of a Drive-By Download Attack

Imagine a scenario where you’re idly surfing the web on a lazy Sunday afternoon and, without clicking on any links or downloading any software, you manage to infect your phone or system with malware quite unintentionally.

Think it’s not possible? Unfortunately, it is. Drive-by downloads exploit vulnerabilities in the operating system, browsers, or apps, which is why installing patches and updates are so essential. They can spread malware by means of malicious code distributed through compromised websites.

While it can be tricky to guard against security threats that aren’t triggered by an action from the victim, and when well-crafted can pass off unnoticed, there are certain measures we can take to prevent these types of information security threats from being successful:

4. Teach Your Employees to Not Take the Bait in Phishing Attacks

Phishing is a type of social engineering attack that increased by 667% in March 2020 alone. Most of us have received suspicious emails urging us to click on a link or open an attachment. Social engineering attacks prey on the gullibility of humans by using adept social skills to gain their confidence to get them to reveal sensitive information.

Some types of sensitive data include:

If they’re unable to get the necessary information from one source, they reach out to multiple people, assembling and building upon the intelligence they have acquired to create a credible and convincing storyline.

While you can place a spam filter to block suspicious emails, social engineering attacks are really about getting people to talk or take some type of action. The best thing we can do is to stay alert about information security threats and ensure our staff undergoes regular cyber awareness training to always keep security on their radar.

5. Avoid Getting Compromised If You’re Hit With a DDoS Attack

Ever landed on a site to be greeted by a chatbot ready to help you out in case you have any questions? Most of us have, but unfortunately, not all bots are created equal. For example, a botnet is a network of many interconnected devices (PCs, servers, IoT devices, etc.) that are infected by malware and controlled by an attacker. The botnet army (aka a zombie army) is a serious threat to organizations of any size and can be used to send spam emails, engage in fraud campaigns, carry out DDoS attacks, etc.

A distributed denial of service (DDoS) attack involves botnets flooding a target system (like a web server) with more requests than they can serve, eventually rendering the victim inoperable and unable to process any legitimate requests from users.

DDoS attacks — where the aim is to saturate the target’s bandwidth or consume resources, making them unavailable or painfully slow for actual customers — can take time to detect. Let’s take a look at some of the ways to tackle this security threat:

6. Defend Against the Dangers of Advanced Persistent Threat Attacks

Advanced persistent threats (APTs) prioritize stealth to remain undetected after breaching a network. These attacks are prolonged and targeted towards high-value entities (like governments, intellectual property, national defense, etc.), with the primary motivation being espionage or data theft rather than immediate financial gains.

Often perpetrated by nation-state actors, the goal of these information security threats is to maintain ongoing access and to move laterally within the network to increase the foothold and pursue data exfiltration.

APTs play the long-term game, are well funded, and usually rely on zero-day attacks to evade detection by security solutions deployed on the network. For these reasons, mitigation becomes a challenge, but the steps below highlight a few concrete actions we can take in the right direction:

7. Prevent Insider Threats Within the Organization From Undermining Your Security

Anyone from within the organization who may have access to the business network and sensitive data can share sensitive data with malicious agents. Insider threats include gullible personnel, disgruntled employees, third-party contractors, etc.

While employees with an ax to grind may purposefully reveal business-critical information, some simply fall prey to social engineering attacks. External vendors may also pose serious security threats, and these risks need to be assessed and managed before allowing them to be onboarded and given access to the business network.

Businesses with monitoring technologies in place have continued to report data theft and fallen victim to insider threats despite the right tools. There is no one solution that makes security threats disappear; rather, there’s a series of controls that can be implemented to reduce the chances of a breach.

Because it’s difficult to cover every other risk out there, more than a few information security threats such as ransomware, cryptojacking, lack of encryption, IoT vulnerabilities, etc. have been left out. However, one common negligent practice that can be easily rectified is the timely renewal of SSL/TLS certificates.

Expired digital certificates can introduce unintended weaknesses into the network infrastructure, with the average cost of certificate mismanagement per organization being more than $11 million. By taking proactive actions to defend against security risks, we have a better chance of not merely reacting to cyber-attacks but preventing them from breaching our networks in the first place. 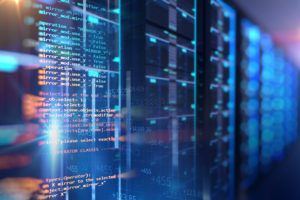 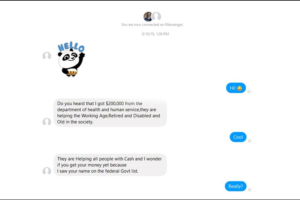 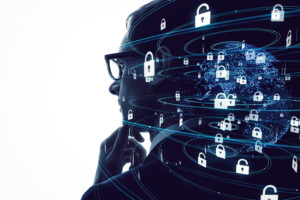 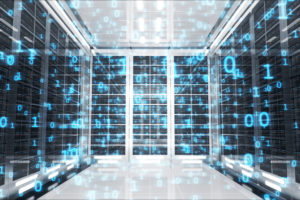 SSH vs SSL: Exploring the Similarities and Differences 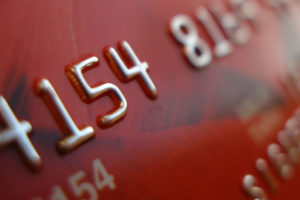 What Is PCI DSS? A Quick Guide to the 12 PCI DSS Requirements