In a world where cyber attacks increase 50% year over year, your data need security, and security need private keys. Explore what a secret key is and its role in protecting your organization & data

Passwordless authentication, digital certificates, and encryption are all examples of how you can improve your organization’s cyber security. What do they have in common? Their reliance on a secret tool known as a cryptographic private key.

Find out in a flash what a private key is and how it aids your cybersecurity. Ready? Start the clock.

A private key is a secret, randomly generated string of alphanumeric characters that’s used to secure data and assert your verifiable identity online. (I.e., it proves your identity and keeps your data secure.) How? By creating digital signatures and encrypting and/or decrypting data.

Here’s a quick look at how it works:

​​Image caption: The graphic shows an example of symmetric encryption with a shared secret key that both parties know

A secret key is half of a what’s known as a public-private key pair. The other half, as you may have guessed, in the public key. But how are these two keys different? A public key:

Okay, this part is really important:

Image caption: The graphic shows a few examples of private key sizes. The bigger the key is, the higher its level of security.

What Is the Role of Private Keys in Cybersecurity?

A private key helps you:

Encrypt and/or Decrypt Data to Keep It Secure

This protects the data and files you send and/or receive via the Internet, which helps to protect it against access by unauthorized users (such as via man-in-the-middle attacks). Here’s how:

Image caption: With a private key, you can decrypt an encrypted email message.

Assert Your Digital Identity in a Verifiable Way (Proving Your Identity)

You can add your digital identity to website connections, software, files, emails, and other digital assets. It helps recipients and users know they’re talking to the right party and using legitimate websites or software.

Image caption: The graphic shows the utilization of a secret key in establishing an HTTPS secure connection.

Your private key plays a crucial role (along with hashing) in protecting the integrity of your data. For example, code signing enables you to prove to your customers that your published software is authentic and hasn’t been tampered with since your organization signed it.

Image caption: The graphic shows how a secret key enables you to sign your code and assert your digital identity to keep your organization and customers safe when publishing software. Paired with a cryptographic hash function, it helps play a role in protecting the integrity of your software.

Want to know more about private keys? Check out this great video:

It’s clear to see why the private key is a critical part of cybersecurity. In the era of near-instantaneous digital communications, this secret tool enables you to:

That’s not bad for just a small little key, right?

Nadia is a technical writer with more than 15 years of experience in IT, software development projects, email and cybersecurity. She has worked for leaders in the IT industry and Fortune 500 companies. A Certified CSPO mail application security product owner and a former application security engineer, she also works as a professional translator. She is a big fan of Ubuntu, traveling and Japan. 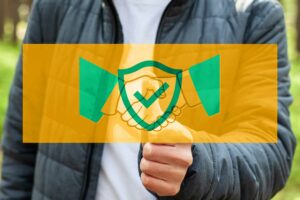 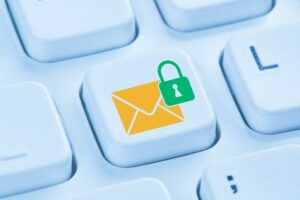 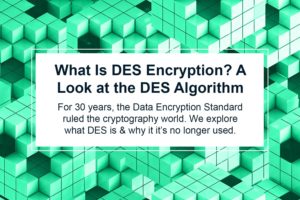