When we think of how to make software and systems more secure, something that comes to mind (aside from PKI) is a phrase by a notable American engineer and author:

“More than the act of testing, the act of designing tests is one of the best bug preventers known. The thinking that must be done to create a useful test can discover and eliminate bugs before they are coded — indeed, test-design thinking can discover and eliminate bugs at every stage in the creation of software, from conception to specification, to design, coding, and the rest.”

If you’re involved with developing and maintaining the security of your organization’s software and networks, you’ll understand the importance of reliable penetration tools like Netsparker, Wireshark, and Metasploit. These tools enable you to test your software for exploitable vulnerabilities and play a vital role in the ongoing war against cybercriminals.

What Is the Metasploit Framework? A Look at Metasploit

Metasploit, or what’s often called the Metasploit Framework (MSF), is a powerful open source penetration testing platform that’s used by hackers and defenders alike. It’s free for anybody to use and aids in vulnerability and exploit investigations, testing, and tool creation. It’s got a multitude of libraries, modules and tools you can use to assess the security and exploitability of your organization’s networks and report on them. This way, you can find and test vulnerabilities so you can prioritize and mitigate them before bad guys can use them to their advantage.

Security professionals and white-hat hackers carry out penetration tests (pen tests) to identify vulnerabilities in software and networks. They do this with the permission of the target organization they’re trying to penetrate, often using testing tools that provide automated vulnerability detection, making testing much easier than using manual techniques.

Metasploit is a collaborative effort between the open source community and cybersecurity experts Rapid7. It’s used to carry out vulnerability analysis, security assessments, and to improve security awareness. There are two services available:

Often, when people are talking about Metasploit or Metasploit Framework, they’re typically meaning the Metasploit Pro version. It’s kind of like how people often use the terms “SSL certificate” and “TLS certificate” interchangeably — technically, they’re two separate things, but they essentially help you achieve the same thing in the end (i.e., secure your website’s data in transit).

For the sake of accuracy, we have to, at least, ensure that you understand that Metasploit Framework and Metasploit Pro are two separate products — the former is the “basic” version and the Pro version has all the bells and whistles.

Why Using a Penetration Tool Like Metasploit Framework Matters

Metasploit Framework helps programmers detect potential vulnerabilities in their program before it is used online. If a defective program is used, the bad guys would be able to break into it using the vulnerability, resulting in a network or data breach. Any glitch in the network or software can also be discovered with Metasploit penetration testing.

No organizations are safe from cybercriminals. Even an institution like the Red Cross, which aims to work for the betterment of humanity, can fall prey to data breaches due to exploited, unpatched vulnerabilities.

What Are the Features of Metasploit Framework?

The Metasploit Framework includes hundreds of tools and modules for a wide array of penetration testing and development applications. Let’s quickly explore the basic features:

Users interact with MSF via the commandline interface. Once Metasploit Framework is installed, you can open the msfconsole to input commands and quickly access the full range of tools, libraries, modules, and document resources.

Metasploit Framework’s scanning tool scans the network to identify the operating systems running on it, maps them to IP addresses, and identifies the open ports and services on those systems.

Manual exploitation means choosing and configuring an exploit rather than using an automated program to do the work. With a manual exploit, you choose the appropriate exploit to target a particular vulnerability. Metasploit Framework allows you to take matters into your own hands by facilitating manual exploits.

If you want to use automation for this purpose, you’d likely have to look at the Metasploit Pro tool instead. The Metasploit Framework (free) platform doesn’t offer the automation features you’ll find in the pro version.

In a brute force attack, a cybercriminal uses trial and error to crack passwords or other credentials. They systematically try guessing different username-password combinations until they find a match. They can then use this login information for malicious purposes, such as stealing data, transferring money, or committing identity theft.

Brute force attacks are extremely common, so it’s crucial to conduct penetration testing of your network, web apps, and other resources to determine whether they’re vulnerable to this technique. Metasploit Framework has a tool to test your network against brute force attacks, helping you to analyze security risks and form policies to prevent them.

What Modules Does MSF Include?

MSF has a huge number of tools and modules to help you carry out tests on your software and networks. Rapid7’s website lists the five overarching module categories (listed in alphabetical order) as the following:

An Example of Running a Scan Using Metasploit Framework

Taking things a step further, she queries to see whether any additional SSL/TLS certificate information is available using the use auxiliary/scanner/http/ssl module:

In this case, msfconsole displays information relating to:

Because the Metasploit framework is open source, it works with many of the leading browsers and operating systems:

A Brief History of the Metasploit Framework

Metasploit began as a collection of exploits and tools and was initially written in Perl with some components in C, assembler, and Python. It had open source and commercial purpose licenses under GPLv2 and Perl Artistic.

Today, MSF is completely written in Ruby and supports a wide variety of application programming interfaces (APIs). It now has its own license, which aims to:

Pentesting tools like Metasploit Framework help organizations detect any vulnerabilities present in the software or network. This, in turn, reduces the chances of cyber attacks considerably. Just like we test if the cake is cooked properly by inserting a toothpick inside, programmers test their codes by throwing known exploits at it. If the exploit works, the vulnerabilities will be exposed. Then, they can patch these vulnerabilities before releasing their software to the world.

Needless to say, penetration testing is an important (but often overlooked) step in protecting the network security of any organization. 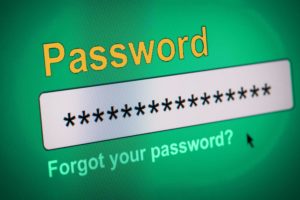