Did you know that 70 million new posts are created on WordPress websites each month and are responsible for 409 million page views? Here’s more about that and other WordPress stats you should know

WordPress (wordpress.org) was introduced to the world in 2003 and instantly gained popularity due to its ease of usage, free plugins and themes, and user-friendly API.  This is actually separate from WordPress.com, which is technically a separate entity. However, we’ll talk about both in this article. So, if you’re looking for WordPress statistics, you might be someone who wants to have a WordPress site, a marketer, a WordPress developer or simply a WP fan who wants to know more about WordPress.  Regardless of your specific reason, we’ve got the WordPress statistics you’re looking for.

In this article, we’ll cover 20 of the juiciest WordPress statistics that can help you to get more information about WordPress; it’s components and its security issues. We have included statistics for both WordPress.org and WordPress.com. So, let’s dive into the WordPress stats.

20 Powerful WordPress Stats You Should Know for Your Business

WordPress Statistics: The Overall Picture of the WordPress Platform

Let’s start with the bigger picture. The following WordPress stats represent WordPress’s impact on the overall internet on a global scale:

To start off our list of WordPress statistics, let’s talk about the overall CMS marketshare. Out of all the websites using a content management system (CMS), 47% of websites are using WordPress, according to data from BuiltWith. What this means is that nearly one out of two websites uses the WordPress platform. They can be either hosted on WordPress.com or downloaded WP from WordPress.org. Also, out of the top one million highest-trafficked websites, 366,280 (i.e., 36.63%) are using WordPress.

Websites created on WordPress are read by 409 million people each month.  And what’s even more amazing is that they’re viewing more than 20 billion pages!

WordPress is constantly growing, with no sign of slowing down. Each month, the platform reports that 70 million new posts are created by WordPress users, and 77 million new comments are posted by readers within this time frame. WordPress is known for its user-friendliness for both publishers and the readers. That’s why it is constantly growing and has a high engagement rate, too.

WordPress 5.4 got released in March 2020. Within just two months, it was downloaded 27,501,540 times! This is as of the day I am writing this article, so that number will likely have grown significantly by the time you read it. To know the current number, check out the WordPress.org download live tracker.

Note: This is just the latest version of WordPress 5.4’s download number. It doesn’t include the number of downloads of the other previous 37 versions.

When it comes to WordPress, people think it’s only for bloggers, personal websites, and small businesses. But that’s the half-truth. WordPress is equally famous for well-established and most commonly visited websites as well. According to BuiltWith’s analysis, 3,819 of the 10,000 most visited websites are built on WordPress. Also, of the top 100,000 websites, 36.36% are using WordPress.

So, what are some of the most popular websites using WordPress? Check out the list below to get your answer. (Note: Some of these sites are entirely hosted and created on WordPress.com, while others use WordPress.org to partially power some sections of their websites such as blogs.)

Here are some fun WordPress statistics: In the year 2019, the word “WordPress” has been searched for an average of 2,740,000 times each month on Google, according to Google Ads’ Keyword Planner tool. So, to get the annual estimate of searches for that term, we multiplied the average monthly search volume by 12 (months). So, we can say that the word WordPress had approximately 32.88 million searches in the year 2019. These calculations show the popularity of the WordPress platform.

One of the main reasons for WordPress’s popularity on the global scale is its localization. Not all are around the globe understand English and you can’t get success on the global scale unless you do something to remove language’s barrier between you and your users. Now, let’s break these WordPress stats down by each particular site:

WordPress.com: WordPress.com reports that blogs can be written in 120 languages. The most used three languages are as follows.

WordPress.org has an entire translator team named Polyglots that works on languages so that people can use it in their preferred local languages.

Plugins are software can add new features and functionalities in your WordPress site. They’re made using PHP language. Here are some of the top WordPress statistics relating to plugins for the platform:

Here’s one of those really fun WordPress statistics. WordPress.org enables users to choose from 56,364 plugins from its plugin directory. Some plugins are absolutely free; others have a basic free version available, and users need to pay to use a couple of premium features.

Some plugins are more popular than others. Each of the seven most popular plugins have more than 5,000,000 active installations, according to WordPress.org. Below is the list:

10) The Yoast SEO Plugin Has Been Downloaded 211+ Million Times

Here’s a list of the WordPress plugins that have been downloaded 100+ million times:

No list of WordPress stats would be complete without mentioning WooCommerce. WooCommerce is a powerful plugin that’s used to create shopping carts for WordPress sites. WooCommerce leads the ecommerce market — 27% of the top million most frequently visited websites use WooCommerce checkout.

This plugin has been downloaded 80,781,569 times and has 5+ million active installations. Out of the total websites that have active WooCommerce installations, 355,629 are currently live in the market.

When it comes to business, everything usually comes down to money. This is true both in terms of cost and salaries that people can expect to earn working in their respective fields. So, our list of WordPress stats wouldn’t be complete without at least mentioning this type of info.

From Jan 1, 2014, to Dec 31, 2019, WordPress received 75,837 complaints about copyright under The Digital Millennium Copyright Act (DMCA). After investigating the matters, WordPress.com has removed 33% of at least some of the disputed content.

From Jan 1, 2014, to Dec 31, 2019, WordPress received 2,944 trademark complaints. After reviewing each complaint carefully for its accuracy and validity, the staff removed only 15% of all or partial content concerning the disputed materials.

WordPress is vastly spread with thousands of plugins and themes, and many people with little to no tech knowledge are also using it. Thus, it is obvious that it also gets unwanted attention from cybercriminals. (See: Why Hackers Hack Websites.) Here are some very insightful WordPress security statistics:

Akismet is a plugin that provides security to the WordPress blog’s comment section and automatically weeds out spam and bots. Until now (“now” being when I wrote this article), it’s blocked 497,103,514,116 spam comments.

To see the current number, check out the Akismet’s home page.

WPvulndb has surveyed 420 WordPress versions, 2,282 plugins, and 328 themes and created a list of the most vulnerable ones. Here are the three most vulnerable plugins and themes (as of when this article was written):

18) 41.47% of Vulnerabilities on WordPress Sites Are XSS Injection Related

Cross-site scripting (XSS) is a type of injection attack where the attacker inserts malicious JavaScript into a legitimate website’s input fields and forms. And when the user clicks on such links, they become victims of various cybercrimes. It’s the most used technique that’s used to target WordPress sites’ visitors. WPvulndb analyzed 3,990 unique vulnerabilities. Among them, 1,654 (i.e., 41.45%) were XSS vulnerabilities.

We know which types of techniques, i.e. (XSS, SQLI, MULTI), are used by attackers. But the next question is, which areas of WordPress are the most vulnerable to such attacks? According to an infographic shared by WP WhiteSecurity, hosting site vulnerabilities are most exploited in 41% of the hacking incidents. Furthermore, 29% of the hacking was conducted using vulnerable themes, and 22% were due to security issues in plugins. Tip: vulnerability scanning can help you find and fix issues before hackers do!

20) 90% Of Clean-Up Requests Were from WordPress Sites

To learn more about WordPress security, check out our article: 8 Crucial Tips to Secure Your WordPress Website.

WordPress is definitely going to be the leader of the CMS market for a long time. If you’re running a WP site or plan to do so, be cautious about its security, though. It’s true that you can save thousands of dollars by using ready-made free plugins and themes. But you still need to spend some time and money on securing your WordPress site.

Some tricks are free such as updating the software and installing free security plugins such as Akismet. For others, you need to spend some money to buy security tools such as an SSL/TLS certificate, firewalls, malware scanners, backup tools like CodeGuard, etc.

Regardless of the method you choose, we hope you have found these WordPress statistics interesting and helpful to understand WordPress more. 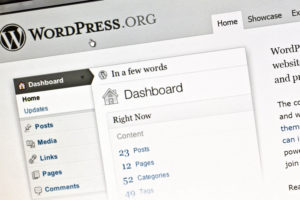 7 WordPress Security Vulnerabilities & How to Fix Them 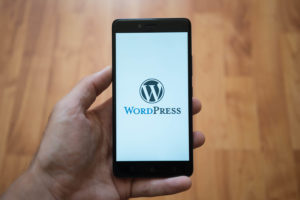 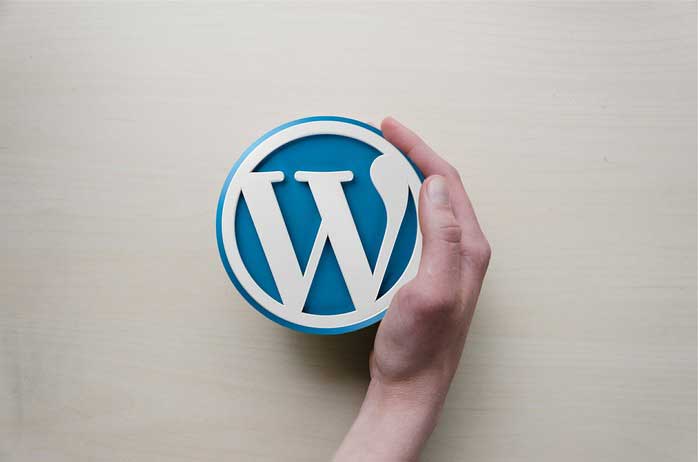 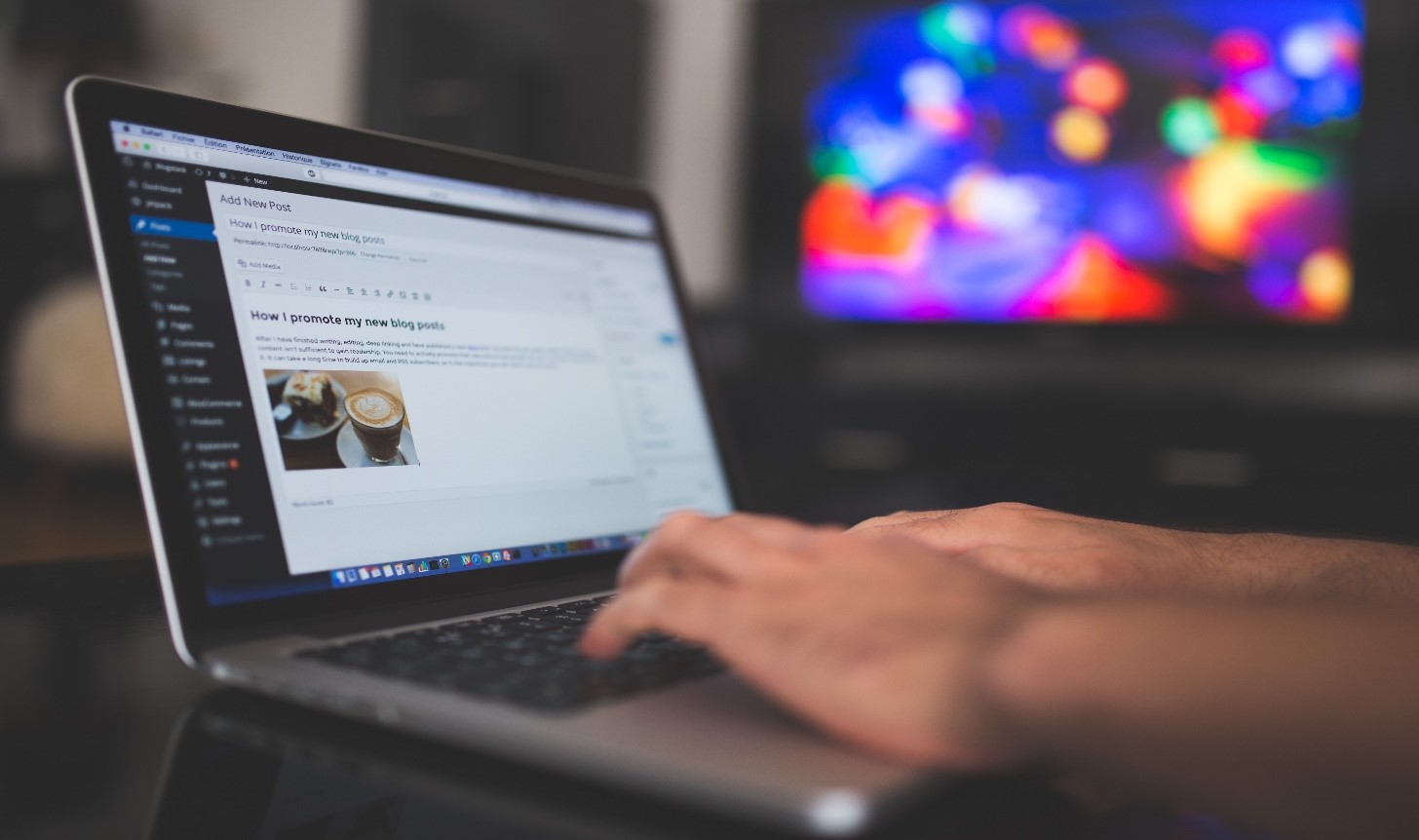