What Is Cybersquatting? What to Know & How to Prevent It

What Is Typosquatting? Examples & Protection Tips

What Is Ransomware and How Does It Work?

But wait…what’s the need of a PKI cert?

When the internet was introduced to the world of technology, it was a revolutionary invention for quick data transfer from one endpoint to another. People had concerns about the security of the data transferred online, but it was deemed an easy problem to deal with. As David D. Clark, an MIT scientist, recalls in an interview about those early days of the internet: “It’s not that we didn’t think about security. We knew that there were untrustworthy people out there, and we thought we could exclude them.”

But when people started using the internet for businesses and sharing sensitive information such as payment card numbers, healthcare data, bank information, personally identifiable information, tax data, etc., the need for protecting such data became more urgent. That’s where a PKI certificate became the need of the moment.

What Is a PKI Certificate?

From a high-level perspective, PKI certificates are types of data files that convey specific information about their individual certificate requesters and are used to negotiate encryption parameters. In general, they use mathematical formulas to:

The popular PKI certificates are as follows.

SSL/TLS certificates are useful for securing data transmission between a website’s server and users’ browsers. Website owner buys and installs SSL certs on the server where the website is hosted. These certificates vary in terms of:

Document signing certificates are useful for securing documents shared over the internet by inserting digital signatures and using hashing functionality.

We’ll talk more later about each of these types of certificates and their individual uses. In the meantime, let’s understand where PKI certificate keys come into play.

What Is Public Key Infrastructure?

Public key infrastructure is the set of technologies, policies, frameworks, procedures, that encompasses and supports public key encryption and authentication. PKI was developed by a British intelligence agency named Government Communications Headquarters (GCHQ) back in the 1960s.

A PKI certificate involves the use of mathematically related key pairs, known as the public key and private key, which are generated and assigned to verify the identities of the endpoints. These keys are also used for encrypting and decrypting the data.

How to Get a PKI Certificate

Before deciding how to get a PKI certificate (whether you wish to purchase one from a CA, reseller, or web hosting provider), you should be aware of which PKI certificate you require for your platform. Here, we have listed the most common types of PKI certificates, how they are used, and where you can buy them:

SSL/TLS certificates, which are also known as HTTPS certificates (and are most frequently referred to when talking about PKI certificates), are used by website owners to secure the communication between a website (server) and the client (browser). They facilitate identity assurance and encryption using PKI technology.

How Do SSL/TLS Certificates Work?

How to Get a PKI SSL/TLS Certificate: You can buy an authentic SSL/TLS certificate from the top-notch PKI certificate authority Sectigo.

Please note that there are many types of SS/TLS certificates available in the market. To understand which SSL/TLS is best suitable for your website, please refer to our SSL/TLS Types page.

These PKI certificates are used to secure downloadable software such as device drivers, applications, executables, and scripts. A code signing certificate is purchased and used by software developers/publishers.

How Do Code Signing Certificates Work?

An email signing certificate, also known as a secure email certificate or S/MIME certificate, is used to secure communication between two email clients. By encrypting the email data before it ever leaves your email client, it secures your data while it’s in transit and at rest. This PKI certificate enhances email security by enabling you to digitally sign your emails and encrypt them. It ensures the integrity of the email content, provides prevention from eavesdropping and gives assurance about the sender’s identity.

How Do Email Signing Certificates Work?

How to Get a PKI Email Singing Certificate: You can get one of the industry’s leading email signing certificates at a discounted rate from SectigoStore.com.

The document signing certificate is a way to protect the documents which are sent over insecure internet. In a nutshell, these certificates validate a file creator’s identity as well as the integrity of the file itself.

How Do Document Signing Certificates Work?

One of the major pillars of the PKI certificate is identity assurance. When you try to access some services on a website, the website verifies your identity by asking your passwords, one-time pins (OTPs), security questions, etc. But how can your browser (client) authenticate the website? In other words, how can you make sure that the website you’re trying to communicate with is who it claims to be, and that your information isn’t being redirected to any other website’s server?

This is where a PKI certificate authority comes into the picture.

All the PKI certificate authorities must follow the certificate format defined by X.509 standards. They also need to strictly abide by the validation, issuance, and revocation rules specified by the Certificate Authority/Browser Forum (CA/B Forum).

The most recognized and widely used PKI certificate authorities include:

Where Cryptographic Keys Fit into the Equation

Each website, email client, or software publisher’s server has its own unique set of cryptographic public and private keys. The public key is available to everyone and is used to encrypt the data. The private key, on the other hand, is confidential and must be stored by the PKI certificate owner safely on their server. By keeping the private key a secret, any data that’s encrypted using the public key can be decrypted by the corresponding private key.

These keys are made of using different types of algorithms, such as Rivest-Shamir-Adleman (RSA) or Elliptic Curve Cryptography (ECC). The strength of these keys varies from 1024 bits to 4096 bits.

These certificates are an integral part of PKI.

A Final Word on PKI Certificates

People have some strange misconceptions about cybersecurity, such as that small companies or start-ups are safe online, that government agencies and big companies always take high precautions to save their data, etc. However, real cybercrime statistics reveal a totally opposite scenario — one in which, no matter how big or small your organization is, it’s at risk.

Being cybersecurity vigilant is a need that continues to grow as cybercriminals get smarter and more creative with their attacks. PKI technology is the revolution in the world electronic communication. You must install an appropriate PKI certificate on your system to protect you and your users from various types of cyber-attacks such as man-in-the-middle attacks, email spoofing, phishing attacks, distributed denial of service (DDoS attacks), session hijacking, etc. Otherwise, a single cyber-attack is enough for an organization to lose its hard-earned reputation and millions of dollars in potential lawsuits and noncompliance penalties. 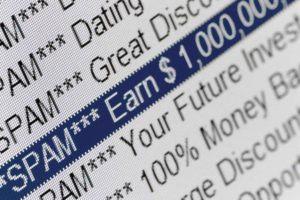 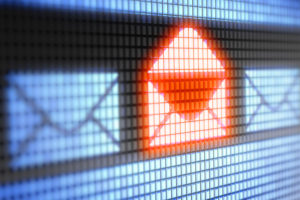 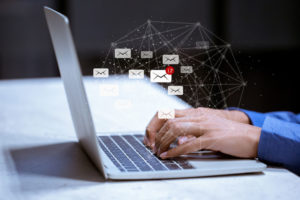 A History of Email and SMPT: The Evolution of Email Security 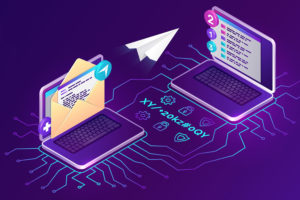 Email Security: 10 Steps for How to Secure Your Email Communication